The decision on whether or not to restore a gun is largely a personal one often tempered by the realities of the marketplace. This applies to more than guns of course, and items carrying true and appreciating antiquity value and provenance are best left alone to be treasured for their age and obvious signs of battle fatigue. Items not in this category are great candidates for creating and keeping a lasting legacy. They are opportunities to create a commemorative of your own that only gains in value with the passage of time. Let’s talk about some things you should consider.

Good bones but clearly losing value: This Model 94 Winchester looked like it had spent more time on the floor of the cabin or truck than in the field, but working parts and bore showed few signs of wear.

A complete disassembly, and re-finish of all wood and metal gives this workhorse a second life. Old ‘94’s are currently much sought after and the market is strong and improving for them. Guns made pre-1964 are gaining notoriety as well and are best left alone unless they are in bad shape. Same goes for Model 70 Winchesters for instance, but lots were made and the range of options include preservation, cautious re-furbish, or full restoration and enhancements such as checkering. We can help you weigh the pros and cons in this category.

Good performer that can be re-vitalized, personalized and re-valued: Poor optics, bad rings and a botched glass bedding job (likely done because the optics weren’t performing) had turned this otherwise reliable Model 77 Ruger into a second-stringer through no fault of its own.

With a stock overhaul including a better finish, more attractive checkering and recoil pad, along with an African ebony fore-end and a new glass bed, this rifle has been restored and surpasses its former glory in my opinion. New optics and rings round out the re-engineering and buy this known performer another generation in the field! 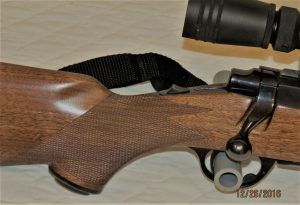 Custom work that clearly fell short of expectations: This Remington / Husqvarna Rolling Block was somebody’s dream for a bit of historical nostalgia. A very long and front-heavy, octagonal Green Mountain barrel chambered for .40-90 Sharps was attached to an action dated 1873. A poor polishing and bluing job had all but destroyed any antiquity value associated with the old action. The stock was poorly constructed and fitted, and epoxies had been used to fill all of the gaps left when it was built.

As with the other examples above, the machinery was OK, and here it is what it looks like with restoration involving shortening the barrel, new sights, fore and aft and a re-stock with bocote and ebony woods created the very personal touch the owner had sought. This will be fun to shoot and to show off. 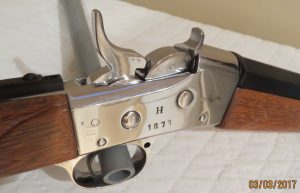 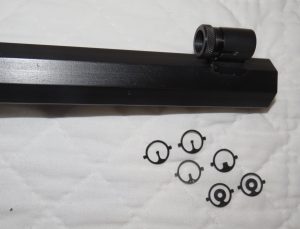 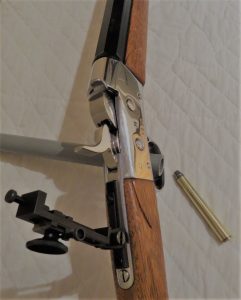 New custom work: If you can dream it, we can build it. There are also times when personal preferences combine to raise the value of an off-the-shelf firearm. Weatherby makes a well performing rifle in the Vanguard series for instance, but I am old school and value the look and feel of wood. Plastic works but that’s what makes this gun affordable, yet accurate and reliable. As such, I valued the machinery, but the gun had only modest value in my eyes.

A book-end set of Claro walnut boards were combined to render both symmetry and complexity of grain to this Vanguard rifle. A palm swell, sensible checkering, rose-wood adornments and solid glass bedding create an attractive legacy gun that is still very much a hunter and shooter. 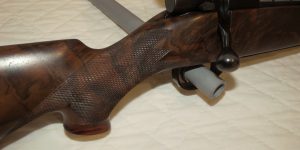 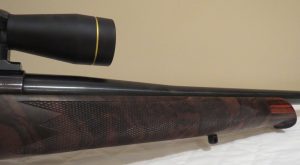 Antiques that are past the point of appreciating further: It could be argued that this Model 1895 Winchester should have been kept as a wall hanger. It was made in 1932 and obviously had a lot of stories to tell, but rust, pitting and a multi-fractured stock had clearly eroded and stalled its value as an antique or collectible. 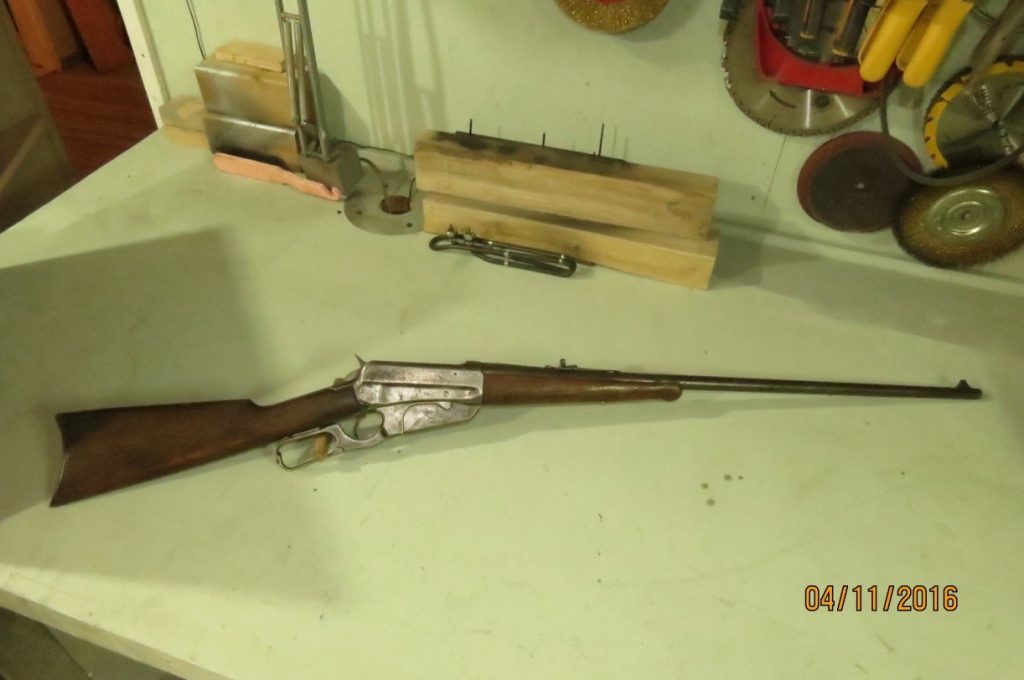 I decided to celebrate the model, much like a commemorative does and gave this one a new stock, polish and blue. It still works well but will never win any target matches. Since there is no provenance attached, I’ll be happy have it stand as a keepsake and symbol of yesteryear and the evolution of lever actions.

So whether its guns or the wash stand that grandma used to have, consider the legacy and the joy of keeping it alive. We’d be happy to help. With furnishings and nostalgia items, we will consider anything you wish to have done, including a build from scratch if we are able. 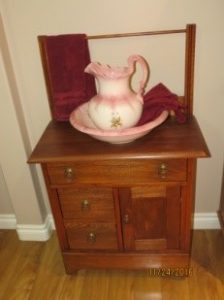 Call or e-mail us for estimate!